Nella Cutlery has established itself as a premier sales and services company for all types of food machinery. Nella Cutlery also manufactures its own brand of cutlery and knife sharpening machinery, which are used by many other knife rental companies throughout North America and Europe.

During the years, Nella Cutlery has established itself as a premier sales and services company for all types of food machinery. Nella Cutlery also manufactures its own brand of cutlery and knife sharpening machinery, which are used by many other knife rental companies throughout North America and Europe.

In the midst of a tremendous chain of mountains, part of the Brenta Dolomites, lies a valley dotted with small, picturesque villages, surrounded by majestic peaks and savage mountains. In winter it is blanketed with abundant snow. This Valley called Val Rendena, unknown to most of the world, was the birthplace of a vast and far-reaching trade guide known as knife grinders (arrotini or moletas).

Pioneers from this valley left families and homes behind to find a better life in different parts of the world. When we, who are in America, think about pioneers, we often picture a covered wagon heading west. Yet the pioneers who left Val Rendena bring to mind a completely different picture.

To understand what made them leave their valley, one must first realize the economic and geographic limitations existing there in the late 1800's. Although, it was even in those times a beautiful place, it was not very fortunate economically. Because the land was hilly and rocky, farming did not flourish to any great extent; nor did industry. For the people living there, the mountains acted as tremendous natural barriers to the rest of the world. In those days, there was no tourism, no ski lifts or winter vacations. Life was a struggle, an unending battle that was fought each day. How different many of us, three and four generations later feel toward our valley.

When the first trickle of adventures left Val Rendena they migrated to other parts of Italy, England, Germany, Austria, Holland and Switzerland. Eventually, others set sail for more distant parts of the world, including Africa, Australia, New Zealand, South Africa, United States and Canada. 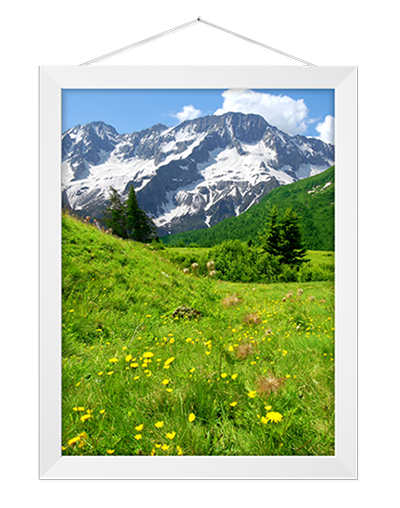 In 1893, the first knife grinders came to America. They came to find a better life, leaving their families behind until a way could be found to send for them. After disembarking from the long sea voyage, they found themselves in downtown New York. Many lived together in small cramped apartments and haylofts in Greenwich Village and Brooklyn. They survived, but just barely. Life was hard for them, especially since most spoke only Italian. Better opportunities were available to the few who could speak German, since many customers were of German origin. No matter how long their day, nor how small the amount they got for sharpening a knife, it was still better that facing the tomorrows of one's life with nothing. And so, little by little, by sheer determination, hard work and stubbornness too, they survived, they improved and finally succeeded in founding the basis for a growing business and rich heritage passed on from father to son. They put their pushcart inside the wagon and were able to reach more customers, since they no longer had to walk from store to store. The early 1900's brought another big change. 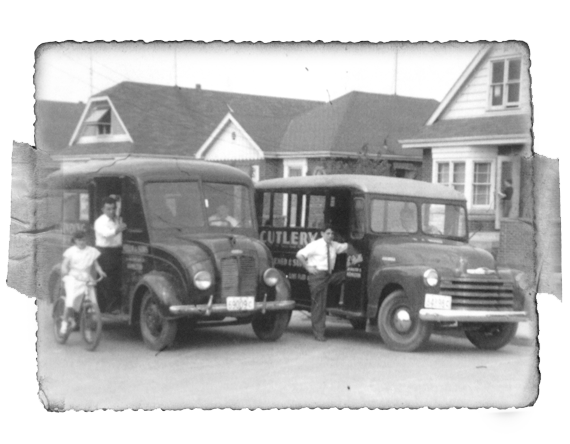 The first settlers who came to America were eventually able to go back to Italy for their families. One would go back to tell about the opportunities here and more would come to try their hand for a better way of life. In 1912, one of the grinders went home and brought back his family. This marked the first wave of the migration of families settling their roots in America. In the years following World War I, that small trickle of immigrants developed into a steady stream. For some, their arrival in New York was only temporary before moving on to Boston, Chicago, Detroit, Pittsburg and Columbus. Besides their families and few personal belongings, there was always their pushcarts (Mola) on top of which was mounted their grindstone. For years, all these pushcarts were handmade in Guistino by a man named Gardell. Soon the grinders started to use horse and wagons. The first truck was purchased and suddenly the grinders became motorized.

Many bought Model T Fords installed all the machines themselves that were necessary to sharpen and polish a knife. Their ingenuity stemmed from the experience many of them received working in Germany years before. By 1940, almost every man had a truck. In 1950, Antonio Nella moved to Canada from Carisolo (Italy). He did odd jobs in Toronto, so that, he could bring the family over from Italy. When the family arrived, Angelo Povinelli donated a truck to Antonio, so that, he could begin his knife sharpening business. In the late 1950's, Angelo Povinelli started the knife rental service, this service provided the customer with a knife and then exchanged it every week with a sharp knife. This idea and method of servicing cutlery allowed Nella to expand from 2 mobile sharpening trucks to 25. Nella began this service in Hamilton, Ontario and quickly expanded to service all major cities in Ontario, British Columbia, Washington and Oregon.

During the years, Nella Cutlery has established itself as a premier sales and services company for all types of food machinery. Nella Cutlery also manufactures its own brand of cutlery and knife sharpening machinery, which are used by many other knife rental companies throughout North America and Europe.
© 2014 Nella Hamilton Site by Crank Studio